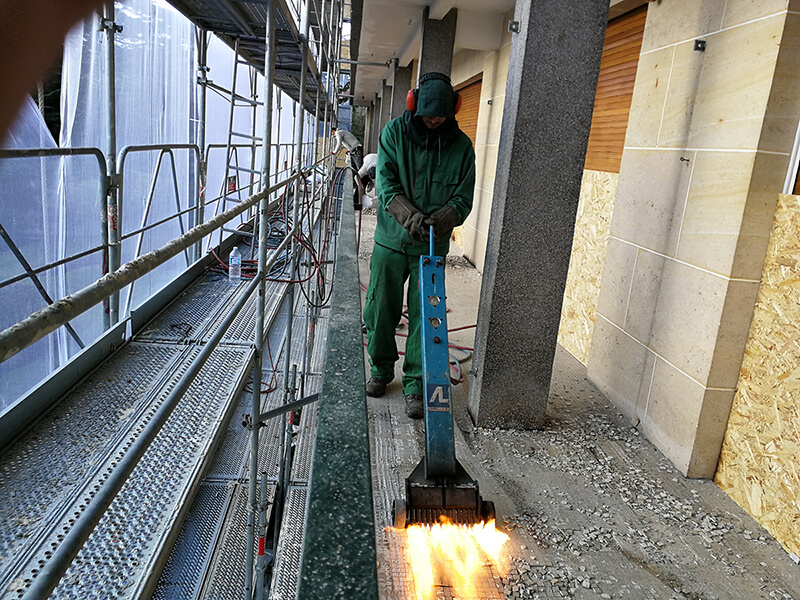 Before starting the job, preparation with the facade specialist minimizes the amount of falling rubble, avoids causing damage to openings, and facilitates the removal of unheated pieces.

The use of torches enables us to detect any anomalies in the underlay (especially damp).

The process can also be used for removing swimming pool tiles and detecting any supporting material watertightness issues before repair.